It's just that time of year! I've already seen several Facebook posts from people who have vowed one resolution or another.

It's really the same every year. The same resolutions. The same hope of change. And yet many of us end the year wondering not only how or why our resolutions have not come to pass, but also slightly more disillusioned, cynical, for the next year.

There are some things though that you know very well...

There are just some things that won't change no matter how hard you try. You've given up on resolutions because the resolutions that would truly change your life are just not happening.

There was a guy in the Bible that was given the chance to be a king. God asked him what was the one thing he wanted that would help him. He asked for wisdom. His dad was quite a wise fellow. Intelligent. Had the smarts. The people loved him. How could he live up to that?

I wonder how many new year's resolutions he made just saying...

"This next year I will make wiser decisions"

I wonder how many times he got to the end of year thinking of all the things he had said and done that just didn't live up to "wisdom" mark! His name was Solomon. He ended up writing a book in the Bible called Proverbs. 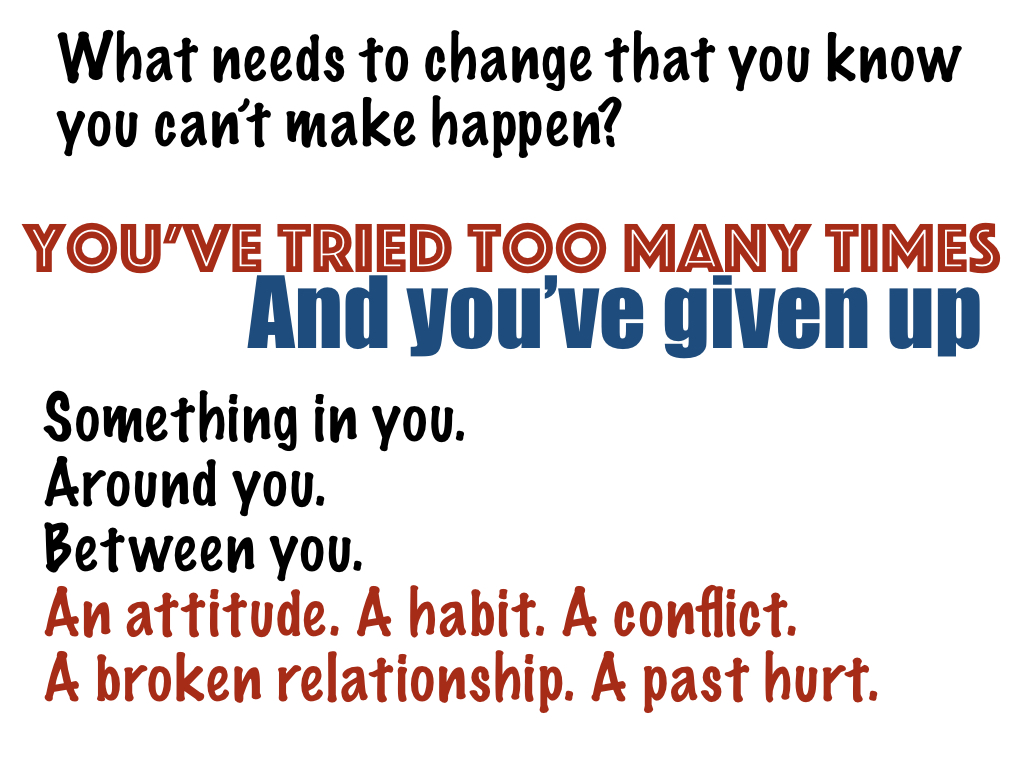 If God asked you what is the one thing you need to get through next year, what would you tell him?

Make a resolution for next year that you know you can do, because giving yourself a goal in life is a good thing.

And make another resolution. One you know you cannot do. One that you've tried time and again, but still, here it is. Offer it to God, because you know only He can make it happen. And see what happens!

Proverbs 23:18 (NIV)
There is surely a future hope for you,
and your hope will not be cut off.